CAUGHT IN THE WEB

Rich website allowing people to explore and search content based around the life and extradition case of Kim Dotcom. Key issues explored include privacy in the age of digital surveillance, copyright law and enforcement across sovereign nations. 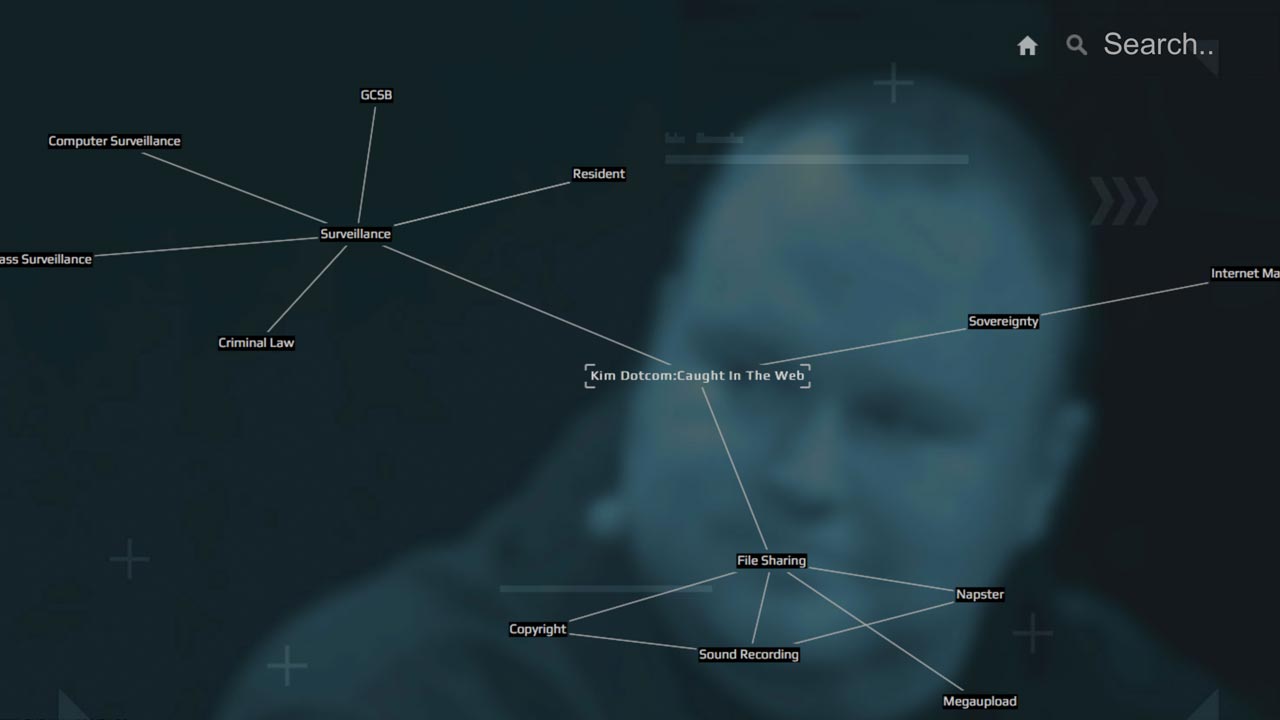 When documentary director Dr. Annie Goldson embarked on a feature film about Kim Dotcom she soon realised that 90 minutes wasn’t enough to look deeply at the myriad of issues thrown up by her subject, juicy topics like privacy, digital copyright, the surveillance state, hacktivism, whistleblowing, entrepreneurship and the Internet Party to name just a few. When she came to our team she was looking to build a website that housed transcriptions of the interviews that wouldn’t make it into the final edit. The goal was to assist academic researchers to find material relevant to their studies, and allow filmgoers to explore the subject matter in more detail after watching the film.

We were were immediately captured by the richness and interconnected nature of the materials like the internet itself. That coupled with the name of the film (“Caught In The Web”), led us to an investigation of data visualisation focusing on connections between legal and social constructs. Our goal was to enable both structured and unstructured investigation, and to draw heavily from the web itself for the content, structure and aesthetic of the site. As an academic tool it was important to clearly demarcate sources for our research, while still retaining the user within our site until they genuinely wanted to dig deeper than our content allowed. 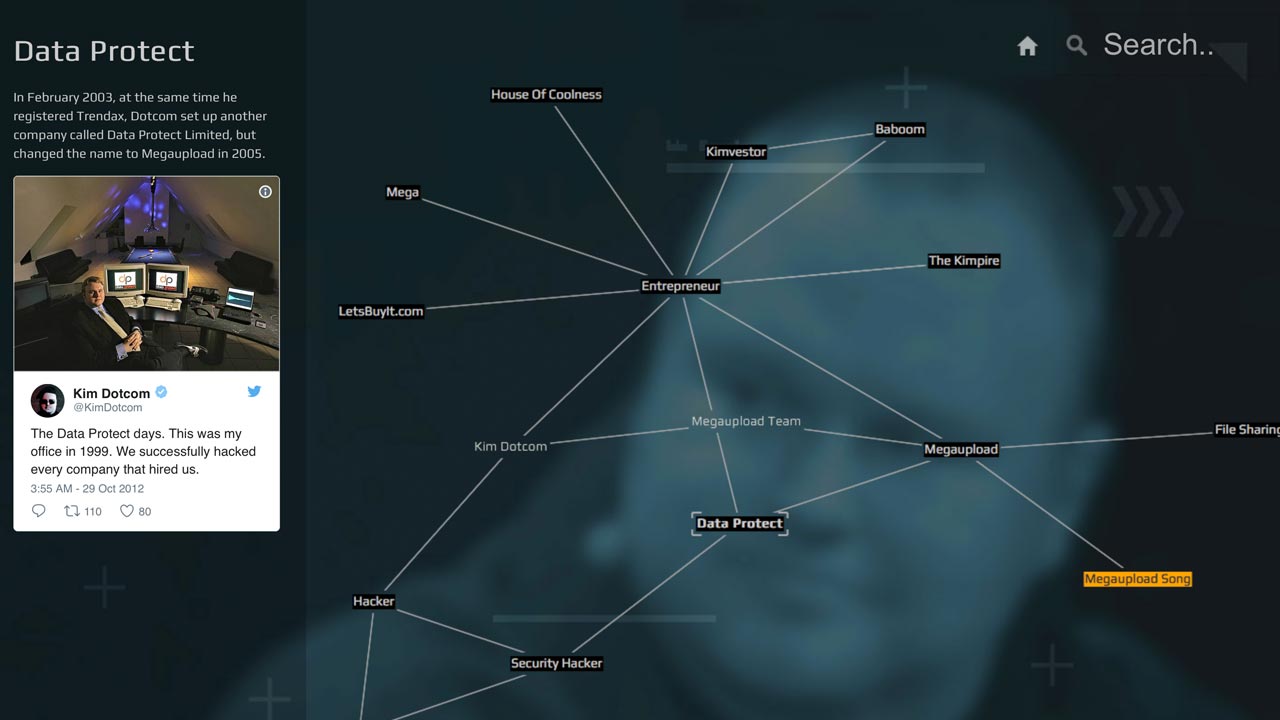 Within the web we added easter eggs amongst the content. For example a node for ‘Computer Surveillance’ shows not only where the viewer is physically located, but also which nodes that user has shown interest in, highlighting those topics that are red flags for the NSA.

Amongst the video content we included stand alone edits of material that didn’t make it into the film but were strong stories in their own right, such as Aaron Schwartz’s efforts to open source academic research and an interview with Simon Denny about his 2014 exhibition “The Personal Effects of Kim Dotcom”. 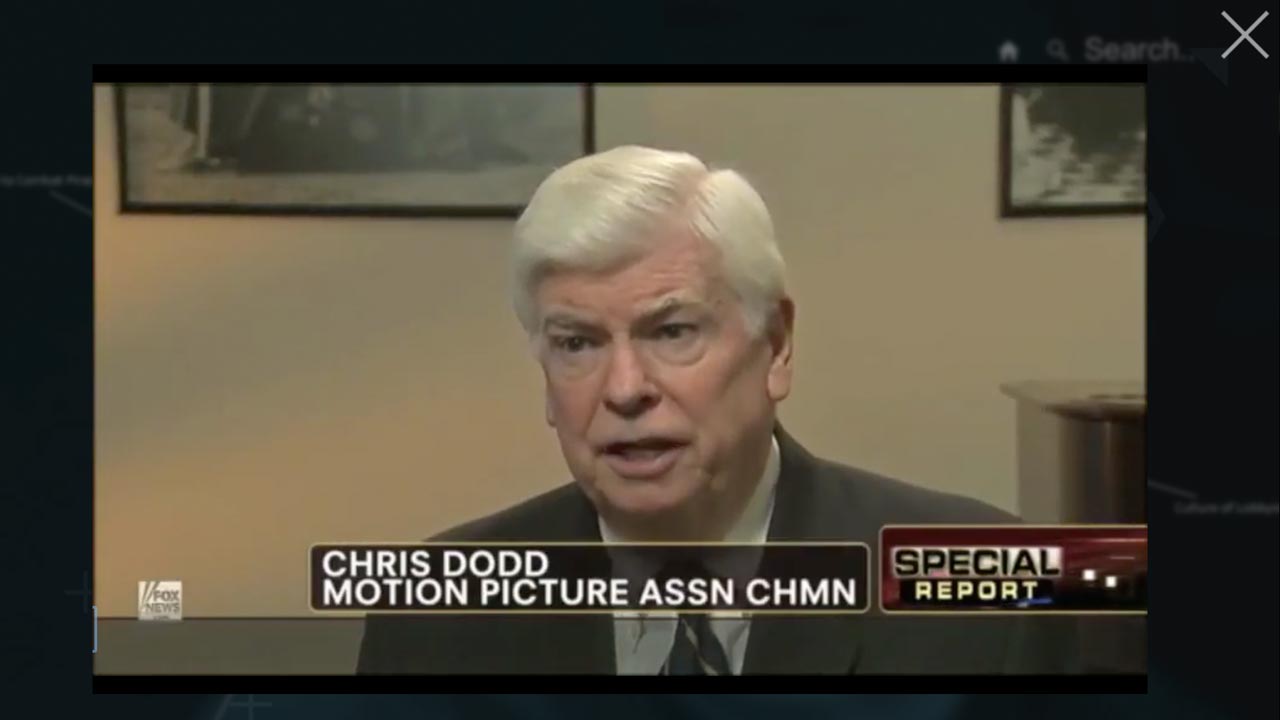